Brace yourselves: ‘HEATING WARS’ season is upon us

Did you feud with family over the heating this Christmas? Was the house boiling or bitter? Who won out when it came to temperature-fuelled tantrums…?

Averaging just five degrees centigrade[1], January is the coldest month of the year in the UK and as the mercury drops, it would appear tempers are rising when it comes to heating our homes.

Along with winter bugs, comfort eating and JOMO (Joy of Missing Out),[2] research by OnePoll, commissioned by Swedish wood burning stove manufacturer, Contura, reveals that “Heating Wars” are a seasonal staple for nearly half of UK households (46.25 per cent).[3]

Heating their homes for an average seven and a half hours every day – although an impressive one in five claim to need only 3-4 hours to stay toasty - Brits spend an average of £52 each month to heat their homes through the winter months – totalling a nationwide bill of £3.9bn.

Given the cost of heating our homes, it is unsurprising that a quarter (25.6 per cent) of respondents feel that arguments are triggered by partners, children or housemates’ indifference to the expense of turning up the thermostat.

And in the latest of the Battle of the Sexes, findings show that, overwhelmingly, women feel the cold more, with two thirds (66 per cent) wanting the heating on more or higher.

Conversely, 60 per cent of men are hell bent on turning the heating down or off.

Both male and female respondents point to the women of the house as typically winning out on the heating-related rows - 65 per cent of the time.

More than 1 in 10 women (13 per cent) admit to feeling very irritable when cold, whilst men are far more likely to suffer from irritability when their home is too hot (14 per cent). However, a fifth of both men and women are equally placated with a comfortable temperature of 20 degrees.

When it comes to alternative ways of keeping warm, we Brits favour layering up with warm clothes (two thirds), duvets, blankets, drinking hot drinks or closing doors (over 1 in 4), hot meals (one third), and cooking (one fifth). Hot baths and showers also ranked highly.

Phil Wood, Contura’s country manager for the UK, said: “Heating will be setting households ablaze this winter and the lines of battle are firmly drawn based on gender. When it comes to men and women’s temperature preference, the kindling at the core of these arguments is clear: cost.”

[2] Contura ran a survey in December 2016 which found that 85 per cent of Brits are relieved at not having to go out, preferring a quiet, cosy night in at home instead. http://www.dailymail.co.uk/femail/article-4049526/Brits-embrace-JOMO-joy-missing-out.html

To find out more about the Contura wood burners, please contact your local Contura dealer. 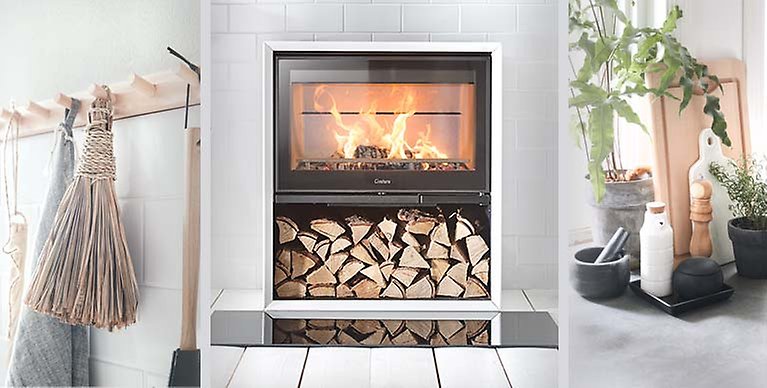 Image Gallery
Be inspired by the beautiful photos with wood stoves and stylish decor.
Find out more